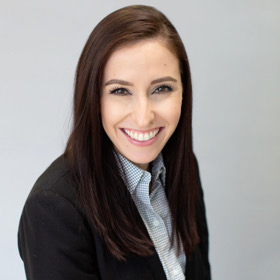 Did you know? Some 156 million people in the United States are on an employer-sponsored health insurance plan. This means that many people have employers who are quite involved in their experience with healthcare and if for no other reason than because their employers are picking up at least some of the tab in the form of premiums or by paying for the health insurance claims outright. And let’s face it—that’s kind of strange.

If you are one those people for whom the thought that your employer could know every lurid detail about your health is disturbing—fear not. Fortunately, healthcare is subject to heavy regulations, and even if employers themselves are not on the hook to comply with those regulations, the health plans they sponsor are, and penalties for violating your rights to privacy can be severe.

It would seem, then, that there is a bright clean line with employees wanting to keep intimate health details about themselves under wraps on one side, and employers striving to comply with stringent regulations around privacy on the other, but the reality is messier. There’s a big difference between your employer complying with privacy laws when it comes to your most sensitive health data and your employer being involved on any level in your health and wellness.

It would seem, then, that there is a bright clean line with employees wanting to keep intimate health details about themselves under wraps on one side, and employers striving to comply with stringent regulations around privacy on the other, but the reality is messier.

It would seem, then, that there is a bright clean line with employees wanting to keep intimate health details about themselves under wraps on one side, and employers striving to comply with stringent regulations around privacy on the other, but the reality is messier.

A little history on the employer’s involvement in US healthcare.

How did this strange partnership evolve? Why is our healthcare tied to our employer, anyway? Until the 1930s, it wasn’t. As David Rook explains in the JP Griffin Group blog, Americans took care of paying for medical services on their own, and that didn’t change until the onset of the Great Depression and then World War II. The government was aware that desperate economic times meant that many Americans were foregoing their medical needs in pursuit of other basic necessities, so politicians began to consider the merits of universal healthcare. Around this time, private health insurance plans began to appear, but carriers sold them to individuals. It also wasn’t lost on Americans what war could do to exacerbate economic difficulties. War stirred fears of unchecked inflation. To combat that, the government restricted how much employers could raise wages in tight labor markets. As a result, employers started offering health insurance benefits to attract talent since they couldn’t simply offer higher wages, and the trend of padding wages with other benefits to lure workers continues to this day.

What can be done about all this? Well, you could go on your merry way never really thinking about your employer’s involvement except in unavoidable moments like when you get a benefits email from your company. Or, you could adjust your mindset and broaden your awareness a bit:

2.  Be mindful of the consent you give.

3.  Don’t think of your employer as an adversary.

Learn about how regulations shape what your employer does and knows about your health information.

If the idea that your employer knows a few things about your health gives you pause (or the full-on heebie–jeebies!), then let’s review some basic things to know in this space.

HIPAA is the Health Insurance Portability and Accountability Act of 1996. Among other things, it requires the protection of protected health information regarding how it is transferred, received, treated, or shared. It also stipulates that parties may only use or share the minimum health information necessary to conduct business.

What is private health information?

Who is required to protect it?

All covered entities and their business associates are required to comply with protecting PHI under HIPAA. Notably, covered entities under HIPAA include healthcare providers (such as a physician), healthcare clearinghouses (such as a billing service), health plans, and business associates (entities who not on the workforce of a covered entity but participate in activities on the entity’s behalf) but not employers themselves. Rather, HIPAA privacy protection applies to an employer’s request for protected health information, which may be from a covered entity like a doctor. That person or group may not disclose that information without your consent or unless the law allows.

You have a right to know how your PHI might be shared and a right to consent or object the sharing of that information.

Be mindful of the consent you give.

Generally speaking, if you have misgivings about who may gain access to your PHI, then pay close attention to the consent you give. (See above about your employer’s request for PHI!) Read every form or request presented to you regarding the sharing, handling, or use of your PHI, and do not sign or agree if you are uncomfortable with the terms.

Don’t think of your employer as an adversary.

It’s important not to look at your employer as the enemy, here. Seriously. Employer-sponsored health insurance can feel like an awkward struggle, but that doesn’t mean your employer is your foe. Quite to the contrary. Don’t let the strangeness of your employer’s involvement in all this stuff in the first place make you think of your employer as an adversary. In reality, you and your employer want the same things, and that isn’t true of every entity in the healthcare space. Some parties are interested in seeing you consume as much care as possible (and you generally consume more care the sicker you are) because it maximizes their profits. Your employer, on the other hand, is interested in seeing you be well and getting quality healthcare at an affordable rate. When you are well, you can keep working, and getting good quality care at an affordable rate means you and your employer could save money.

What Is a Self-Funded Employer, and Why Should You Care?

The Journey of Your Biometric Data to the Alerts App

Stay in the loop

What Is a Self-Funded Employer, and Why Should You Care?

Understanding the difference between fully insured & self-insured employers can shed light on why it is advantageous for you and your employer to collaborate.

Learning a little bit about your employer’s involvement as the sponsor of your health plan can help you see that your employer is an ally, not an adversary.

The Journey of Your Biometric Data to the Alerts App

We track specific biometrics to help Alerts understand you, your lifestyle, and how your body is responding to your lifestyle and your treatments.

© Copyright 2022 by Adyptation. All rights reserved.

This website uses cookies to improve your experience while you navigate through the website. Out of these cookies, the cookies that are categorized as necessary are stored on your browser as they are essential for the working of basic functionalities of the website. We also use third-party cookies that help us analyze and understand how you use this website. These cookies will be stored in your browser only with your consent. You also have the option to opt-out of these cookies. But opting out of some of these cookies may have an effect on your browsing experience.
Necessary Always Enabled
Necessary cookies are absolutely essential for the website to function properly. This category only includes cookies that ensures basic functionalities and security features of the website. These cookies do not store any personal information.
Non-necessary
Any cookies that may not be particularly necessary for the website to function and is used specifically to collect user personal data via analytics, ads, other embedded contents are termed as non-necessary cookies. It is mandatory to procure user consent prior to running these cookies on your website.
SAVE & ACCEPT